Delta robots for pick & place solutions. PacDrive Delta 2 and delta 3 robots are designed for fast pick-and-place with payload capacities of up to 60 kg (delta 2) / 15 kg (delta 3)

Integrated servo drive from 0.6 to 2.2 kW. With servo motor and servo drive integrated in one housing, the Lexium 32i is designed for application areas requiring high precision and advanced motor control.

Servo drives and servo motors from 100 W to 7.5 kW nominal power. The compact size of the Lexium 23 Plus servo range makes it ideal for use where space is limited and helps to reduce the size of the machine. 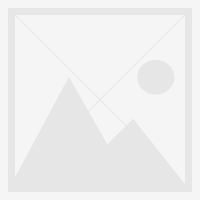 For coordinated, synchronised and interpolated motion control. Modicon LMC058/LMC078: A full range of scalable controllers to design all your applications, thanks to a single software suite, SoMachine, including the same Motion Libraries based on PLCopen, Embedded I/O, and numerous field buses.

EcoStruxure™ for Your Business

Have a question, complaint or is there some feedback you’d like to send us to make your experience with Schneider Electric better?

Easily find and share the answer you are looking for from our online FAQ service.

Discover our new mySchneider app which offers tailored services, 24/7 self-service, and easy access to expert support and information. Download and register now to get access to recommended services and more.

Browse our resource section and find the most useful tools and documents for all our products.
Compare products: /