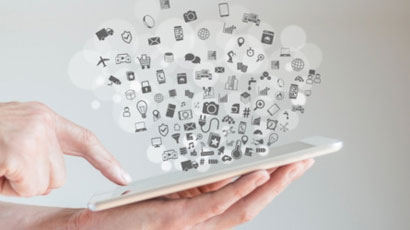 The talk among some manufacturing industry stakeholders is that more and more hardware will begin to phase out only to be replaced by applications that do the same work in the cloud. As devices become more intelligent, software plays a bigger role. Why not move everything to the cloud? This speculation begs the question as to relevancy of hardware control devices such as PLCs in the new world of the Industrial Internet of Things (IIoT).

If observers take a step back and assess some of the changes that are taking place, they will see that the physical layer of manufacturing is not disappearing. Instead, the physical layer is transforming into different shapes, sizes, iterations, and versions depending on the business model. Although many tasks can be converted into bits and bytes, code and instructions, without some physical layer, work can’t get done.

"If you look at traditional distributed control systems, they are
based on servers and computing processes…it has nothing to do
with the way the customer conducts his business."
Dr. Peter Martin,Vice President and Fellow, Schneider Electric

Self-driving car:  The merging of Cloud and “Edge” control hardware

A self-driving car serves as a good analogy of what is happening within industrial sites all over the world. Self-operating vehicles, although connected to the cloud, are not being run by the cloud. The architecture is built not in the cloud, but into the physical car. One little computer controls the transmission, another controls the injector system, another the gear, another controls the tire angles (for taking corners), another controls safety (to make sure you don’t run into a tree), another computer controls the environmental systems (control of emissions). The computer hardware permeates the car and there is a master computer that controls and coordinates the overall operation. This enables the car to stay on the road, to operate safety, and these “brains” assure that the occupant is comfortable. The cloud contributes by guiding the GPS system. The operation of that car is taking place in the local area (what some in the industry refer as “the edge”) which, in this example, is in the car.

“A self-driving car is a perfect example of why controls at
the local level are so critical to safe and efficient operations.”
Dr. Peter Martin,Vice President and Fellow, Schneider Electric

IIoT: A driver that shifts the emphasis to data-gathering hardware

What is new in the industrial domain is not so much the phasing out of hardware, but the scale of hardware devices that are being connected to the internet. Leading analysts such as McKinsey & Company are predicting that IoT-enabled business will grow to $10 trillion annually by 2025.

Lower smart device costs, greater standardization, more scale and a cloud back end are driving the growth of these smart devices. Along with these devices comes the corresponding large volumes of data that are being created.

So the answer to the “Are PLC’s obsolete?” question is “No”.  However, the question raises the important point of how industries are addressing the challenge of an installed base of infrastructure that is now struggling to keep up with the higher speed of business.

The technology to speed of business misalignment

The speed of industrial businesses is accelerating at a rate that has never been seen in history. Take the example of electricity pricing schemes. Around 10 years ago, companies bought electricity at a fixed price for the period of a year. Today, the price of electricity changes every 15 minutes. Raw materials such as copper and natural gas are affected by these technology-aided and supply and demand-driven real-time pricing changes.

Traditional ERP systems that were designed to consolidate this type of information once a month, are now having to react to changes hundreds of times per month. The result of this technology to business misalignment is a significant lack of control over profitability. In essence, control systems that were originally put into place for logic control, and then later for process control, now need to be modified in order to execute profitability control.

Industrial automation suppliers have based their technologies, such as PLCs, on architectures that were developed 40 years ago. These solutions were designed around technology constraints and were not based on how manufacturers conducted their business. As a result, important business drivers, such as profitability were not as efficient as they could have been. New technologies have now removed the technological constraints. Many of the older architectures, for instance, were limited in their use of communications networks. Those which did leverage communications supported closed and proprietary systems. Modern architectures accommodate open Ethernet with Ethernet IP and Modbus TCP/IP protocols that coexist within the same network. Today’s architectures are transparent and allow industrial devices from multiple manufacturers to exchange and provide information without the need for bridges or protocol converters.

“We are now approaching the point where the technology does
not constrain what the design of the system is.”
- Dr. Peter Martin, Vice President and Fellow, Schneider Electric

The implications of the new thinking

If the shackles of technology constraints have been removed, what are the implications to the way control systems are designed? At companies like Schneider Electric, designs are coming out that are more aligned to the customer problem than they are to computer science constraints (example: the new range of Schneider Electric M580 PLC’s). That’s a new step and a big change for the industry. Now users can securely access all the data they need to drive industrial productivity improvements. The M580’s Ethernet backplane allows users to access I/O devices connected to the programmable automation controller (PAC) through the PAC itself. This enhances the inherent cybersecurity without compromising safety or process uptime.

The questions that are asked when configuring a solution are no longer the same. Rather than asking “What technology platform does this need to run on?” the more appropriate question is “How does this operation work?” or “How does this address my production timing problem?”

The hierarchy within our earlier example of the self-driving car is a microcosm of how today’s industrial organizations are architected. Every industrial site in the world operates under a hierarchical architecture. Energy comes in, materials come out. Connectivity of the various systems allows the whole to operate in an efficient manner. Although industrial business architectures share this hierarchical structure, they are all unique to that particular organization. That is why control systems now need to be designed to support each particular organization’s unique assets.

The shift to very flexible, very agile, very connected unique architectures has already begun. Aspects of the business such as profitability and security that were formerly “managed”, will now become controlled. The control is expanding from logic and process control for efficiency improvement to control of cybersecurity at each node, safety risk control, environmental risk control, reliability control, and profitability control all within each controller.

For related information, click on any of the links below:

Do you have questions or need assistance? We’re here to help!